An Exercise in Demon Fighting

Off you go to find the Sad Magsman to figure out where Nightmare wants you to go…
PC's: Yosi, Nugget, Phil, Ellie, Haru, Artix
DM: Justen

Long ago adventurers braved the tomb of the fiend Infierna, releasing her and a strange being named Noctourne. Now new information has come to light and exploring the tomb once more seems like a good idea. Who knows what might be there after months of being left alone?
PC: Phil, Krog-tan, Gronk, Aria, Verrick, Artix
DM: Justen 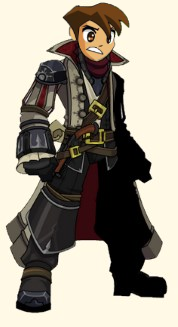 Artix in his new hide armor and winter clothes

Hello Everyone, Artix von Krieger again. This time there wasn't really much delay between logs but even more delay between the log and the events mentioned, at least for some of it. Today's log is all about demon hunting, and drop kobolds, and Yosi's death. If you're looking for a bit about orcs there's my last log to look at, there's also plenty more around the place.

So before I begin talking about the demons there's a bit of backstory about the two places I'm gonna talk about. Lets start with the easier one: Nightmare's New Digs. There's an interesting inn that moves about the place called the Sad Magsman, it has a skeleton barman that I have promised two different people not to smite. The owner is an aboleth named Nightmare. Nightmare recently acquired a new place that is also a dimension hopping local and he asked us to clear it out like months ago.

The other place is the prison that once held the hybrid fiend lady, Infierna, who is a friend of my friend's girlfriend, Hel. There's a lot of crazy background stuff that Isaac can tell you about. The gist is that she's part of a major battle between ancient super magic users and her prison held answers to some of the questions surrounding it.

Now where what was I gonna discuss again? Oh yeah, DEMON HUNTING. To be clear, this is not a log about fighting Infierna. She's relatively friendly and is super strong. I do not advise trying to mess with her. However her former prison was chock full of strange dog statues that beat up Daimyo, the jerks, and fiends a plenty. There were also these winged serpents flying around and a bunch of pentagrams. I'll get into more detail about the various threats in a moment. Lets turn our attention to Nightmare for a bit.

So, once when trying to find the Sad Magsman, while I was traveling with Shantarr, Seras, Tamwyn, and a few others, we instead stumbled upon a different location with its own little pocket world. This time around, with Phil, Ellie, Nugget, Yosi, and Haru, we stumbled upon it yet again while looking for the Inn. Apparently this was not the first time that Phil and Haru had come to this place and Haru had apparently sent Squeak inside to examine if it was safe (someone needs to call animal services for Squeak) and this time around it led to them thinking that it was the new Sad Magsman. Now…. if I had remembered what the task Nightmare had asked Tamwyn, Rasz, and Seras to do all that time ago in detail I might have realized this was where we were supposed to clear out and we might have been in less danger. Instead we had a tough fight against metallic gargoyles, kobolds with deadly traps, kobolds who tried to be deadly traps, and an invisible fiend that could summon up strength sapping shadows. 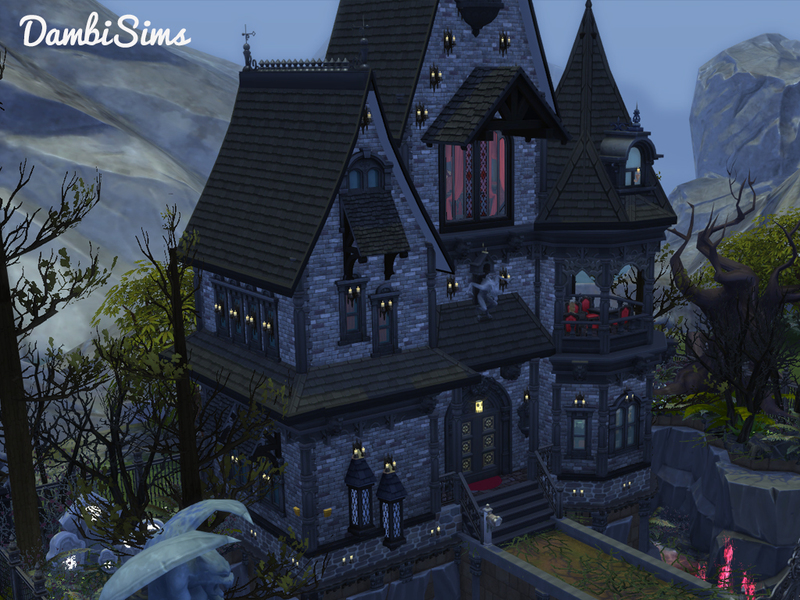 The fighting resulted in Yosi's death, those trappers were incredibly dangerous, and since he had opted for Letia's True Death we didn't chase the fiend when it fled. Instead we left the place, but instead of making it back to the place where we'd entered this pocket plane from we were instead up north of WMC by an area I had not ventured to near the Neathy Woods. It might be close to the area of Aesar's tomb. Still, we managed to make it to the Sad Magsman in the end and discovered that the other place was indeed Nightmare's New Digs and that most of the things we defeated will have replenished their numbers by the time we return. After a quick odd job for the barman we returned home and buried Yosi.

-Prison Blade Fiend: This was a powerful fiend in the prison, it had multiple blades all around its body. Whenever we hurt it the damage seemed to mend itself and a flying snake would take the damage instead. Eventually we got to the point that the damage was lasting but Gronk and Phil decided to throw him down a hole, from which he vanished. Watch out for his blades, smite liberally. 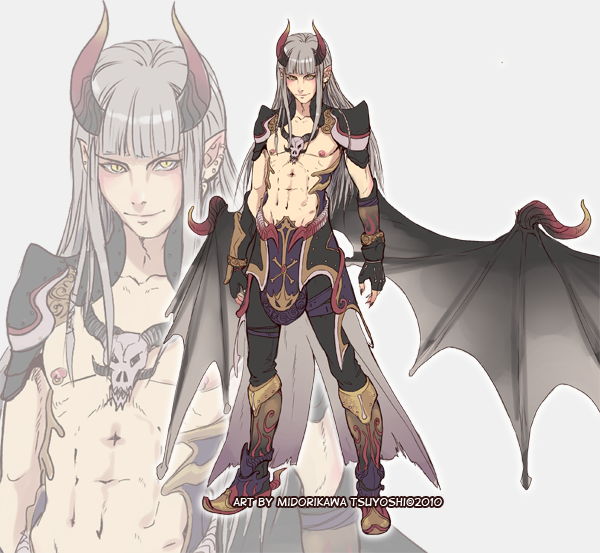 -Iron Jaw: This was the demon in the New Digs that was messing about with shadows. He wasn't a tough fight but he's able to remain invisible for long periods of time and could summon up shadows. See invisibility or Gronk's lantern are necessary, detect evil and good is an okay substitution. Then SMITE LIKE THERE'S NO TOMORROW. -Dog Killing Hound Statues: FUCK THESE FUCKS, they killed my dog. I understand that Daimyo is a spirit and he's just fine now but FUCK THOSE GUYS. AHEM Right then, so these were some sort of prison guards and they were pretty strong. I dunno, take shatter or something.

-Flying Snake: I felt bad for these guys. They seemed to just be stuck in a shitty situation. The entire prison had a mix of Fiend and Celestial affectations so they might have been minor celestials. I didn't get a chance to check before the fight with Bladey got them all killed.

-Metallic Gargoyles: These were the defenders of the New Digs. Tough, resilient, and hard to get a hit on them that wasn't merely a glancing blow. Phil says smiting them isn't worth it because then we have no resources for the rest of the manor. 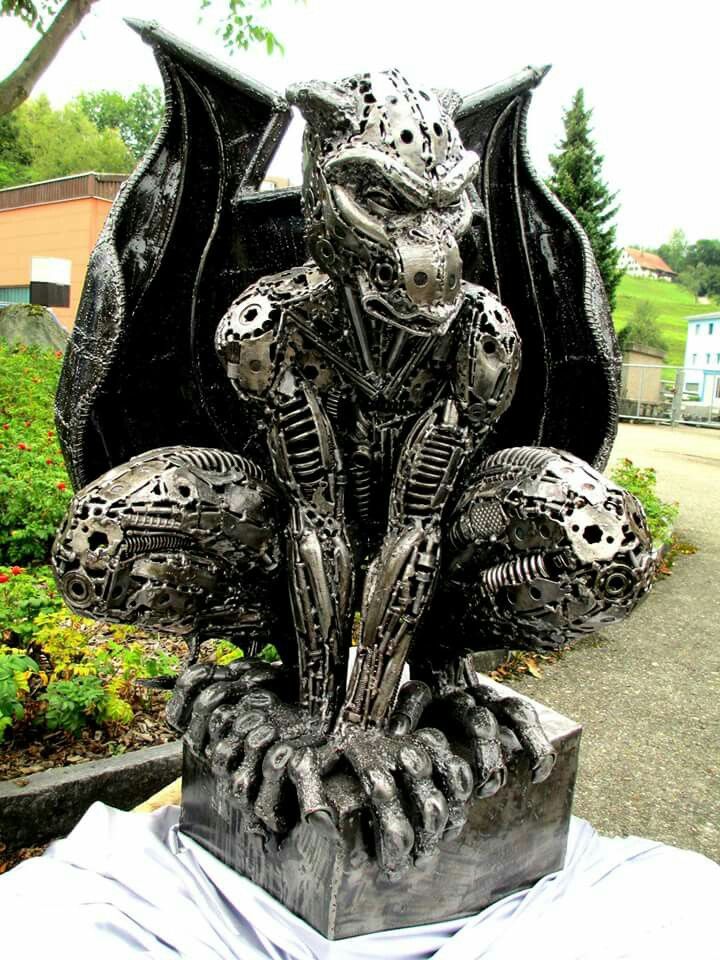 —Drop-bolds: These were the most simple of kobold in terms of tactics. Their insane bravery was impressive. They fought by dropping from the ceiling, often dying as a result. 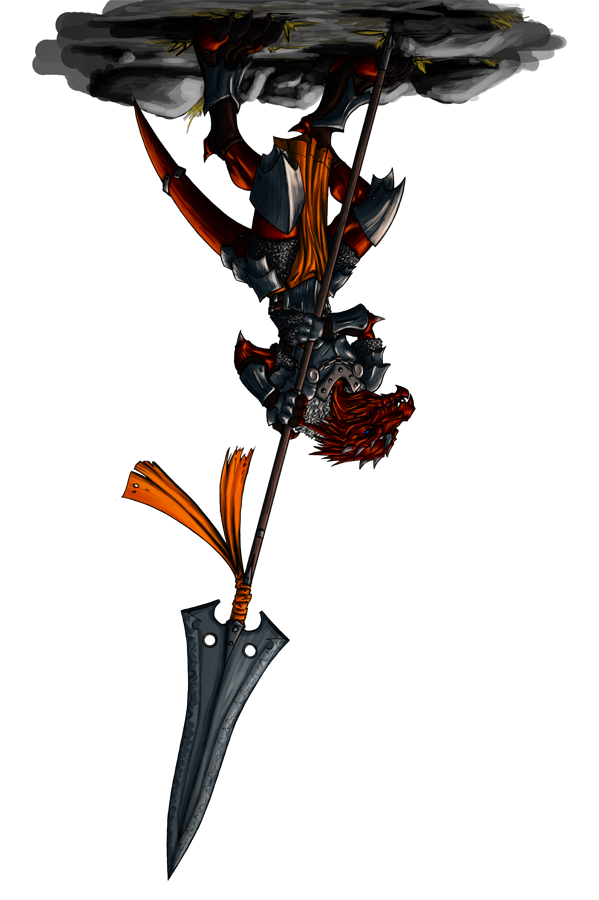 —Kobold Trappers: Cunning engineers with devious traps that are deployable in an instant. The two objects they held were a deployable spike field that would wound anyone lying on them and a bolo that would spark with electricity. It was this combination that killed Yosi. 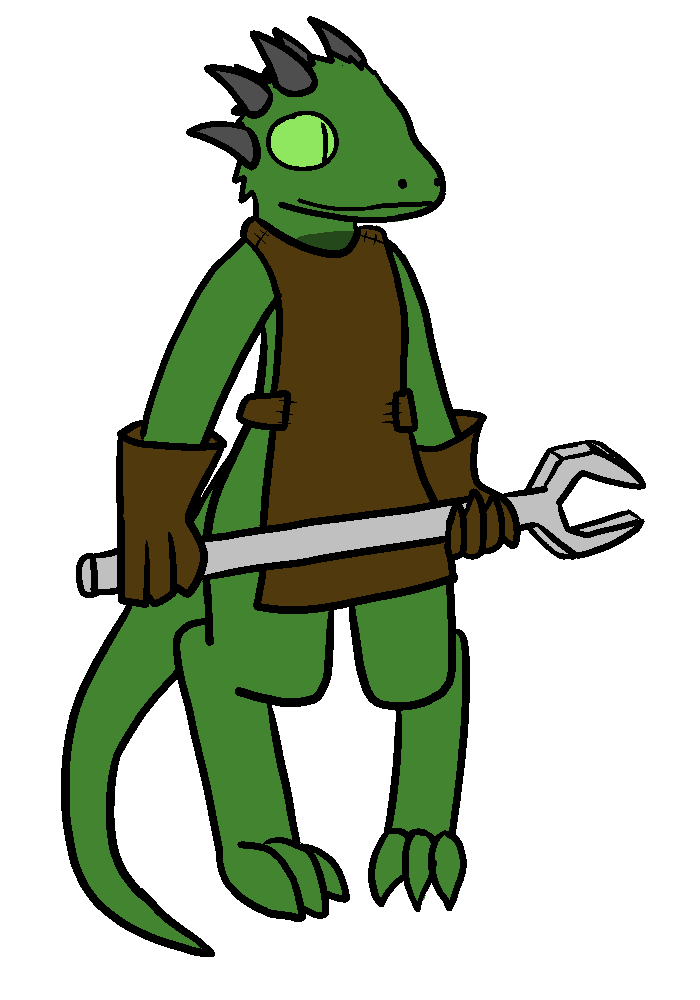 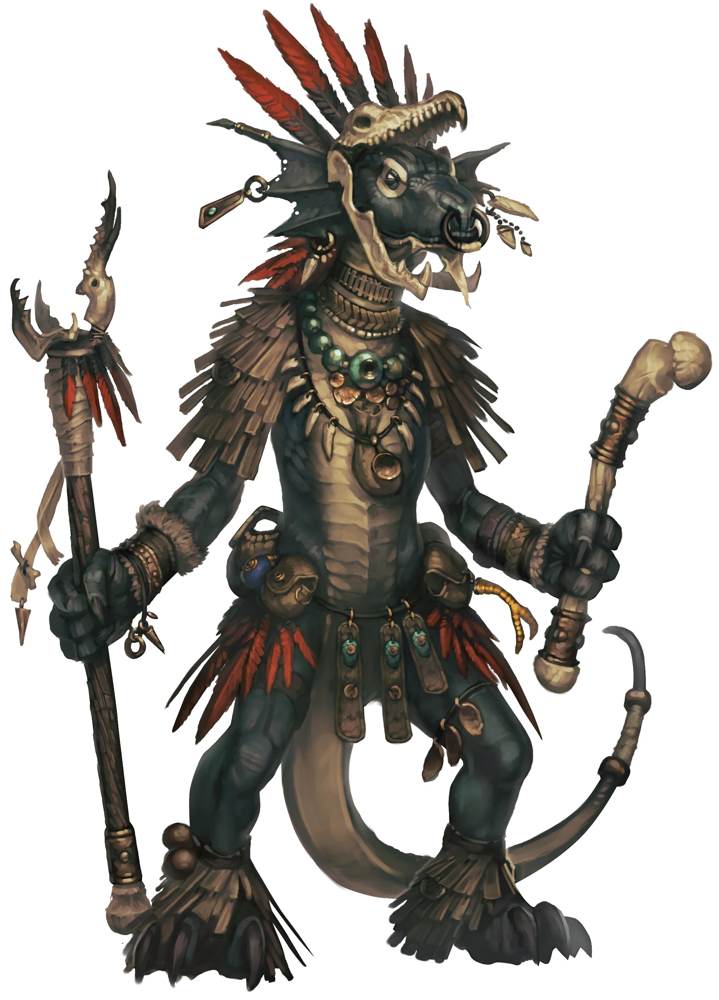 —Kobold….Hero? There was a particularly tough Kobold who seemed to act in the same manner as us. He used monster slaying tactics against us to extreme effect, requiring three people and Haru (Squeak being among the three) to hold him down while Yosi fought the trappers and I was dealing with the shadows. He was eventually defeated but somehow I feel we will see him again…

-Elemental behind the Sad Magsman: It was invisible and capable of making storms. Phil smote it into nothingness. Infierna's Tomb: This place has many pentagram sigils throughout and a lot of the history of how Infierna became what she currently is. The cells in the bottom of the prison seemed to be designed for blood sacrifice. There were some summoning sigils on the bottom floor that I cleansed from the place. This apparently released the other half of Noctourne. 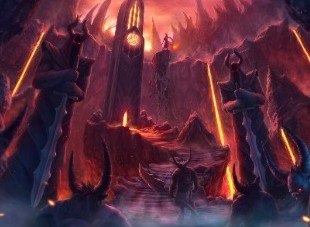 Nightmare's New Digs: Spooky manor on a spooky plane. We haven't really delved into it too much but it has magical summoning traps.

That's about it for this one. Always remember to bring smites and or protection from evil and good when hunting fiends or undead of any kind.

The Orc Road - Seriously, why do Orcs keep attacking us, are we invading their land? Maybe, just, maybe.

I'm sorry, but we no longer support this web browser. Please upgrade your browser or install Chrome or Firefox to enjoy the full functionality of this site.